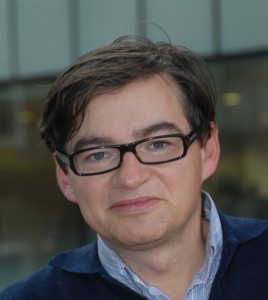 Jean-Philippe Bouchaud graduated from the Ecole Normale Supérieure in Paris, where he also obtained his PhD in physics. He was then appointed by the CNRS until 1992. After a year spent in the Cavendish Laboratory (Cambridge), he joined the Service de Physique de l’Etat Condensé (CEA-Saclay), where he worked on the adynamics of glassy systems and on granular media. He became interested in economics and theoretical finance in 1991. His work in finance includes extreme risk models, agent based simulations, market microstructure and price formation. He has been very critical about the standard concepts and models used in economics and in the financial industry. He co-founded the company Science & Finance in 1994 that merged with Capital Fund Management (CFM) in 2000. He is now the President and Head of Research at CFM, and professor at Ecole Polytechnique since 2008. He was awarded the IBM young scientist prize in 1990 and the C.N.R.S. Silver Medal in 1996. 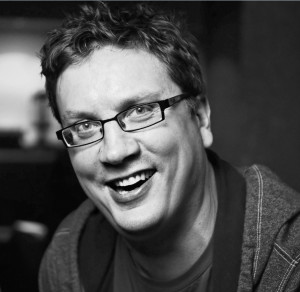 Iain D. Couzin  is a Professor in the Department of Ecology and Evolutionary Biology at Princeton University, USA, and Director of the Max Planck Institute and Department of Collective Behavior in Konstanz, Germany. Previously he was an a Royal Society University Research Fellow in the Department of Zoology, University of Oxford, and Junior Research Fellow in the Sciences at Balliol College, Oxford. His work aims to reveal the fundamental principles that underlie evolved collective behavior, and consequently his research includes the study of a wide range of biological systems, from primitive metazoans to insect swarms, fish schools and primate groups. In recognition of his research he was recipient of a Searle Scholar Award in 2008, the Mohammed Dahleh Award in 2009, top 5 most cited papers of the decade in animal behavior research 1999-2010, Popular Science Magazines “Brilliant 10″ Award in 2010, National Geographic Emerging Explorer Award in 2012 and the Zoological Society of London Scientific Medal in 2013. 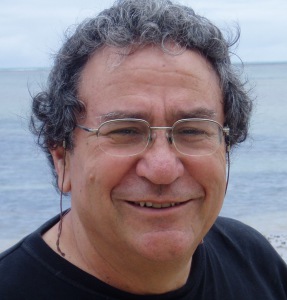 Eytan Domany received his Ph D in statistical physics from Cornell University. After a few years at the University of Washington he joined the Weizmann Institute of Science in Israel, where he served as Head of the Department of Physics of Complex Systems, Chair of the Council of Professors and of the Institute’s Scientific Council, was Head of the Kahn Center for Systems Biology and is the incumbent of the Henry J Leir Professorial Chair. His research interests have shifted 14 years ago to bioinformatics and computational and systems biology, with a special focus on applications to experimentally and clinically motivated problems. He collaborates with numerous clinical as well as basic research groups on design and analysis of high throughput experiments, with a strong emphasis on cancer progression and prognosis. As part of this effort, a variety of computational tools and algorithms were pioneered and developed for analysis different kinds of high throughput data: such as clustering and bi-clustering methods, data sorting, improved estimates of the False Discovery Rate in multiple comparisons transcription factor and micro-RNA target recognition. His main current activities include characterization of tumors in terms of activation or deregulation of various cancer-related pathways, and analysis of the dynamics of mRNA and protein production in response to an extracellular stimulus.

Erwin Frey is a theoretical physicist whose research focuses on collective phenomena in soft matter and biological systems. He is generally interested in how the interplay between stochastic fluctuations, interactions, and geometry shapes system-level properties and their functional characteristics in biological systems. His primary current interest is in developing a quantitative understanding of key cellular processes. This includes protein patterns responsible for cell division and cell length regulation, the mechanics of cytoskeletal networks and tissue. Moreover, he works on theoretical models of the ecology of microbial model populations. Dr. Frey received his PhD in Physics from Technische Universtät München in 1989. After postdoctoral fellowships at Harvard and the Technische Universität München he was appointed full professor at Freie Universität Berlin and director of the Theoretical Physics Department at the Hahn-Meitner-Institute in 2001. Since 2005 he is Chair for Theoretical and Biological Physics at the Ludwig-Maximilian-Universität München.

Dirk Helbing is Professor of Sociology, in particular of Modeling and Simulation, and member of the Computer Science Department at ETH Zurich. He earned a PhD in physics and was Managing Director of the Institute of Transport & Economics at Dresden University of Technology in Germany. His work is documented by hundreds of scientific articles, keynote lectures and media reports worldwide. Helbing is elected member of the German Academy of Sciences “Leopoldina” and was the co-founder of the Physics of Socio-Economic Systems Division of the German Physical Society and ETH Zurich’s Risk Center. In 2013, he became a board member of the Global Brain Institute in Brussels. Within the ERC Advanced Investigator Grant „Momentum,“ Helbing’s team works on computer simulations of interacting cognitive agents to understand the emergence of social order and collective intelligence. On January 10, 2014, he received a honorary PhD from the TU Delft jointly from the Faculty of Technology, Policy and Management and the Faculty of Civil Engineering and Geosciences.

Jorge Kurchan was born and bred in Buenos Aires, where he completed a PhD in particle/nuclear physics. He later made postdoctoral work in Weizmann Institute,
Rome and Paris. He is obtained a permanent position in CNRS in France starting in Ecole Normale of Lyon, later moving to ESPCI and ENS, both  in Paris.  He has been deputy director of Institute Henri Poincare, and is at present director of the Statistical Physics laboratory in Ecole Normale Superieure. His main interests are out of equilibrium systems (glasses in particular), large deviations , and more recently, stochastic treatment of almost integrable Hamiltonian systems.

Herbert Levine is a Professor in the Bioengineering and Physics Departments at Rice University. He is also co-director of the Center for Theoretical Biological Physics (CTBP), a National Science Foundation Physics Frontier Center devoted to applying concepts and methods from physical science to complex biological and biomedical problems. He is also coordinator of an international research network of researchers in the Physics of Living Systems, under the auspices of the NSF Science Across Virtual Institutes (SAVI) initiative. Dr. Levine did his undergraduate work at MIT, and received his PhD in Physics from Princeton Univ. in 1979. After a postdoctoral fellowship at Harvard and a position on the research staff of the corporate research lab of Schlumberger inc., he was appointed in 1987 to the faculty at the University of California, San Diego. He rose to the ranks of distinguished professor before leaving in 2012 to accept his new post at Rice. He is an elected member of the National Academy of Sciences  and a fellow of the American Academy of Arts and Sciences. 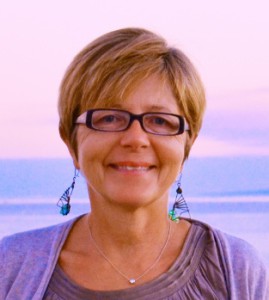 Cristina Marchetti is the William R. Kenan Jr. Professor of Physics at Syracuse University. She obtained her Laurea in physics from the University of Pavia and earned her Ph.D. in the U.S. at the University of Florida. She joined the faculty at Syracuse University in 1987, after postdoctoral appointments at the University of Maryland, Rockefeller University and City College. Marchetti is a versatile theoretical physicist who has worked on a broad range of problems including supercooled fluids, glasses and superconductors. Currently, she is interested in understanding the emergent behavior of soft and biological materials, from vibrating grains of sand to cell motion in living tissues. She has held elected positions in the American Physical Society and was awarded a Rotschild-Mayent Fellowship at the Institut Curie and a Simons Fellowship in Theoretical Physics. She recently co-organized a long program at the Kavli Institute for Theoretical Physics of UC Santa Barbara on Active Matter: Cytoskeleton, Cells, Tissues, and Flocks. 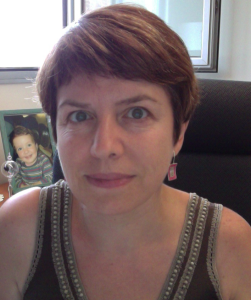 M.-Carmen Miguel is an Associate Professor of Condensed Matter Physics at the Universitat de Barcelona (UB) since 2006, where she also graduated in Physics in 1991. Dr. Miguel received her PhD in Condensed Matter Physics from the UB in 1995, followed by more than four years of postdoctoral training at the Massachusetts Institute of Technology (Cambridge, USA) and at the Abdus Salam International Center for Theoretical Physics (Trieste, Italy). She was appointed visiting or invited professor  at the Università La Sapienza in Rome, the Université d’Orsay in Paris, the Kavli Institute for Theoretical Physics in Santa Barbara, USA, the Helsinki University of Technology (now Aalto University) in Finland,  and the ISI Foundation in Turin, Italy. Dr. Miguel hold two previous positions as Lecturer (2000-2001) and Ramón y Cajal research associate (2001-2006) at the UB. Dr. Miguel’s research focuses on the statistical properties of materials’ deformation and failure, including the collective properties of  topological defects and soft-materials such as colloids, granular piles, and biopolymeric networks. She was awarded the Distinció of the Generalitat de Catalunya for “young scientist” in 2004, and the I3 Program of the Spanish MICINN in 2008. 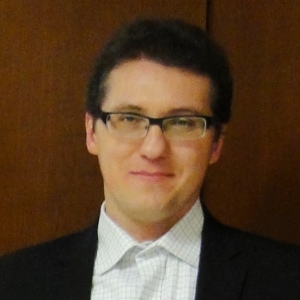 Adilson E. Motter  is the Charles E. and Emma H. Morrison Chair Professor of Physics and Astronomy at Northwestern University. Prior to joining the Northwestern faculty in March 2006, he held positions as Guest Scientist at the Max Planck Institute for the Physics of Complex Systems, Dresden, and as Director’s Funded Postdoctoral Fellow at the Center for Nonlinear Studies of Los Alamos National Laboratory, Los Alamos.  Recent awards received by Professor Motter include an Alfred P. Sloan Research Fellowship, a U.S. National Science Foundation Faculty Early Career Development (CAREER) Award, and the Erdös-Rényi Prize in Network Science. Professor Motter is a Fellow of the American Physical Society (APS) and currently serves as Editor of CHAOS (American Institute of Physics), Executive Committee Member of the Northwestern Institute on Complex Systems, and Vice-Chair of the APS Topical Group on Statistical & Nonlinear Physics. Professor Motter’s research is focused on the dynamical behavior of complex systems and networks. This research is inherently interdisciplinary and has over the years benefited from his affiliations with various programs in addition to his home Department of Physics and Astronomy. His other current affiliations at Northwestern University include the Chemistry of Life Processes Institute, Physical Sciences-Oncology Center, Institute for Sustainability and Energy at Northwestern, and Northwestern Institute on Complex Systems. 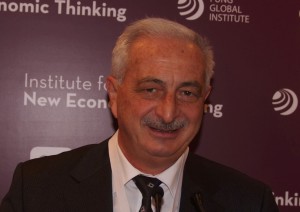 Luciano Pietronero studied physics in Rome and was a research scientist at Xerox Research in Webster (1974) and Brown Boveri Research Center (CH) 1975-1983. He then moved to Univ. of Groningen (NL), where he was professor of Condensed Matter Theory (1983-87). Since 1987 he is professor of Physics at the University of Rome “Sapienza”. Founder and director of the Institute for Complex Systems of CNR (2004-2014). Broad international experience in academic and industrial enviroments. The scientific activity is of both fundamental and applied nature, with a problem oriented interdisciplinary perspective. Development of novel and original views in all the areas of activity. Leader of a generation of young scientists who are protagonists of the complexity scene internationally. In 2008 he received the Fermi Prize (highest award of the Italian Physical Society). Research interests Condensed Matter Theory; High-temperature superconductivity; Statistical Physics; Fractal Growth; Self-Organized-Criticality; Complex Systems and its interdisciplinary applications. Recent activity in Economic Complexity http://pil.phys.uniroma1.it/twiki/bin/view/Pil/LucianoPietronero 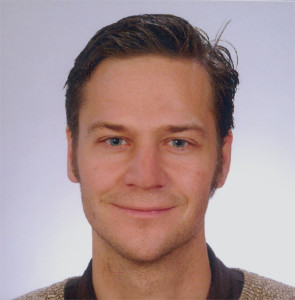 Peter Schall  is Professor in Physics at the Institute of Physics in Amsterdam, The Netherlands. Previously he was a Humboldt fellow in the Department of Engineering and Applied Sciences at Harvard University (Cambrigde, U.S.A), after he obtained his PhD in physics at the RWTH Aachen (Germany) in 2002. His work in experimental soft matter physics aims at revealing fundamental statistical mechanics principles of out-of-equilibrium and glassy systems, nanomechanics and nanomaterials. In recognition of his work, he was awarded competitive Vidi (in 2006) and Vici fellowships (in 2014) of the Netherlands Organization for Scientific Research (NWO). He is part of the editorial board of the European Physics journal EPJE, and editor of the new book series “Soft Condensed Matter and Biophysics” (Springer).